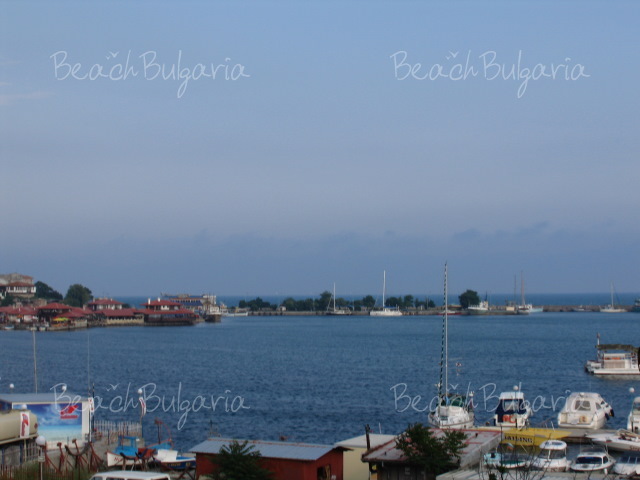 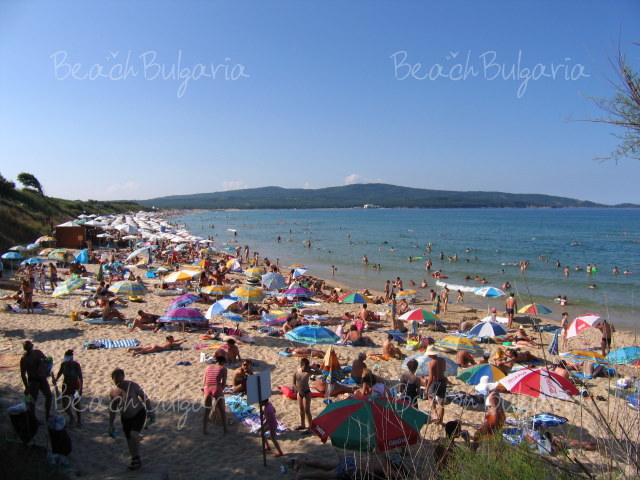 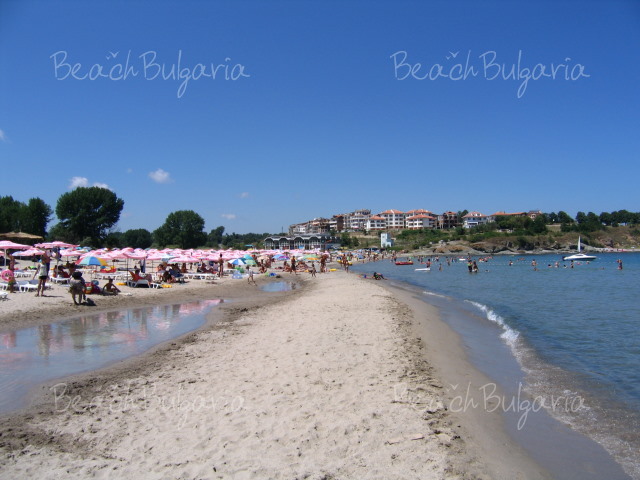 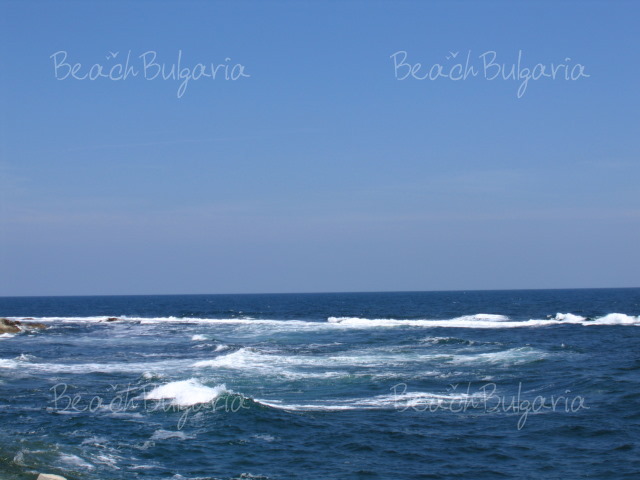 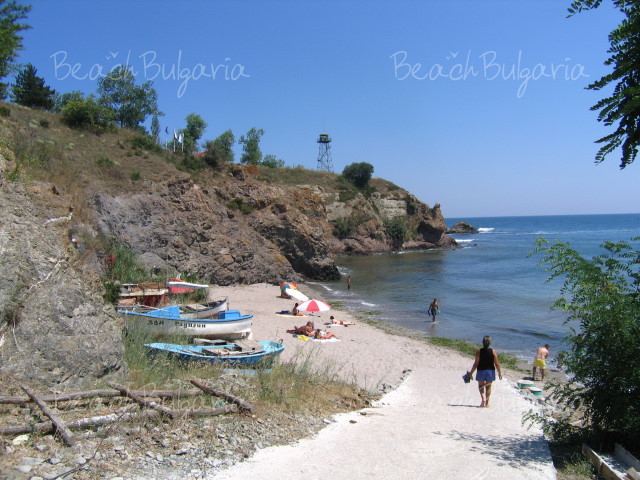 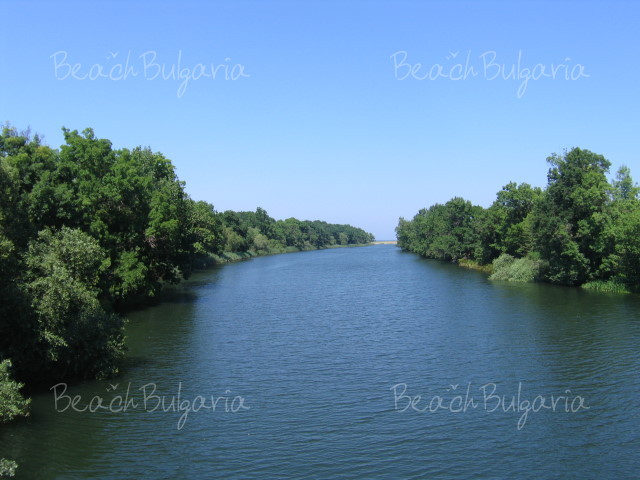 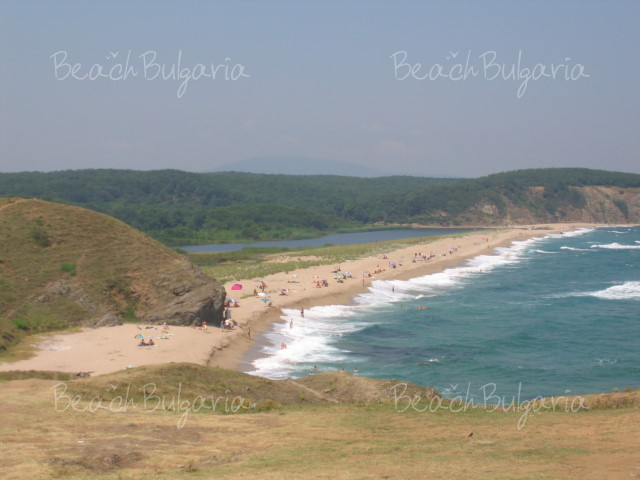 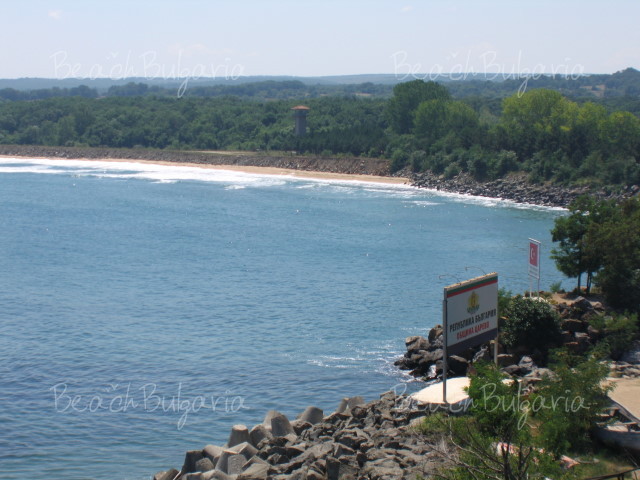 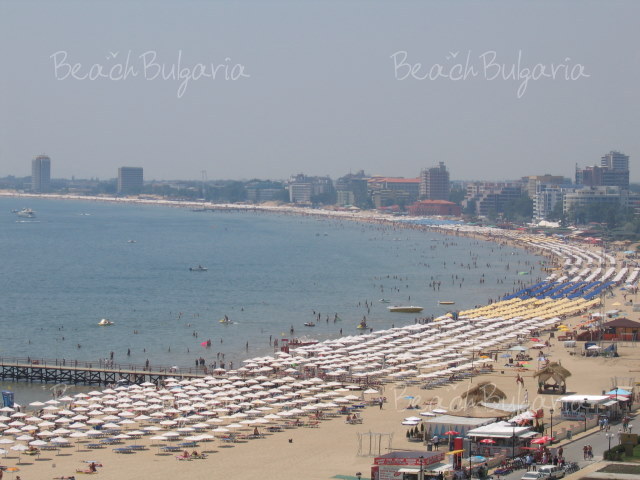 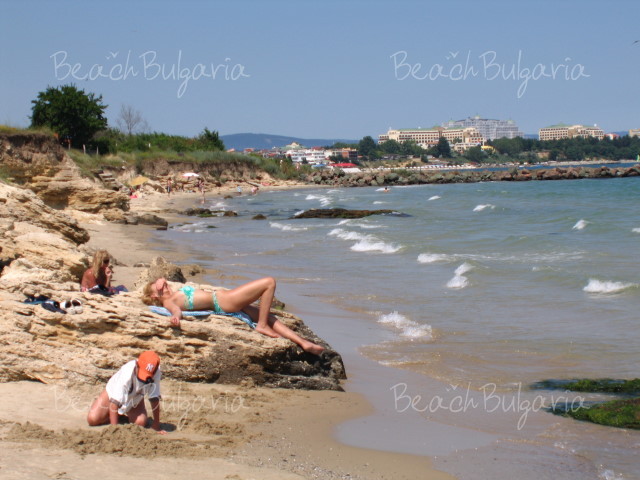 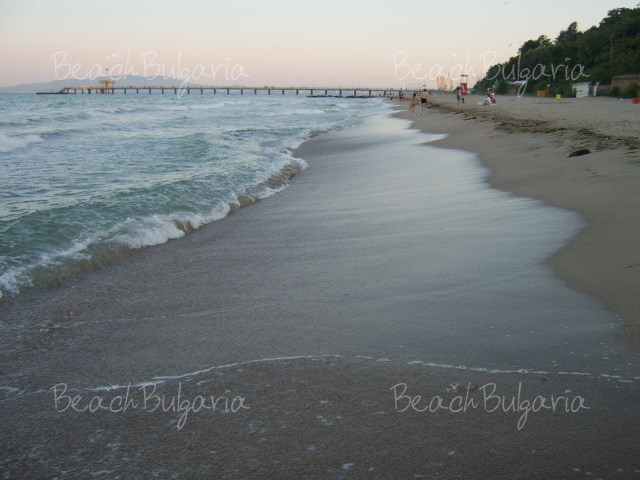 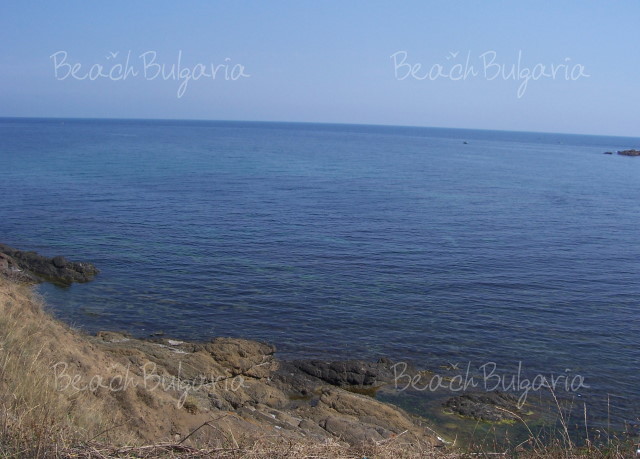 South of St. Vlas among the forestry slopes of the eastern parts of the Balkan mountain range on a small peninsula is situated the old Nessebar. South of it is the arc-like bay of Sunny Beach. This is where the southern part of the Bulgarian black sea coast starts. This protected from the winds coastline on a 5,5 km long and 100-200 meters wide beach hosts the biggest and well developed resort - Sunny Beach.

The beach offers magnificent dunes and fresh forest. Pomorie is a traditional Bulgarian resort. It offers warm winter climate and cool summer, pleasant water and warm sun a lot of organic fruits and vegetables. This nice resort is also famous for the mud-healing cervices. As for the coastline of Nessebar we should mention the famous sand dunes made of the finest sand on the black sea coast. The Nessebar dunes are situated along one kilometer long beach stripe but its width reaches 1,5 kilometer. The dunes are very high and can be used as a protection from strong winds during the spring and autumn. This has a positive impact on the duration of the active season in the site.

The coast along the road from Nessebar and Pomorie is strewed with vine yards and fruit- trees. The beaches on Ravda and Aheloy are very pleasant and well maintained. They are preferred by tourists who want to rest in a secluded place. The beach between Pomorie and Sarafovo is the same. This low coast with a lot of fruit and vine yards is still preserved untouched by the construction of huge hotels. Still the beauty of the site is unforgettable and promises a wonderful holiday. The coast in Sarafovo is covered with dark sand which is proved to have healing qualities for the human organism. This is a neighborhood of Bourgas and is very close to Bourgas airport.

South of Sarafovo are the Bourgas salty lakes situated in the northern part of Bourgas bay. The beaches in Bourgas are quite nice, but definitely there are better places to take sun baths. The sand is dark from the magnetite mixtures and is proved to have positive impact on the human organism. South of the city the coastline of the wide Bourgas bay are practically unusable for the tourists, because of the industrial zone. Here is the big Bourgas port, where huge ocean liners can be seen. South of it between the eastern slopes of Medni Rid and than the legendary Strandja Mountain and the sea, are stretching out beautiful and secluded beaches. One after another are rowed the village of Kraimorie and Chernomorec, the huge republican beach (Gerena) with more than 700 thousand square meters sand area. Then the coastline is taken by Kavacite, Alepu, Arkutino and Ropotamo. Than can be seen the famous mouth of Ropotamo river.

The main characteristic of the beaches in this part of the southern Black sea coast is that the individual beaches, especially the smaller ones, are separated via rocky, jutting in the sea capes. Most of the rocks are broken and the sea water forms small bays. Thus among the coastal cliffs are formed narrow and deep bays with crystal clear water and big habitat, which is a real paradise for divers. The neighboring beaches are separated by the capes and are protected from the cold winds during the winter, which makes them appropriate for a year round resort usage. Kavacite, Alepu, Arkutino and Ropotamo beaches are very well preserved and attract thousand of visitors during the summer season. The sites are now in process of development and a lot of enterprisers are investing there. Read more about Ropotamo reserve here. The villa site Duni is relatively new resort complex. It is along a magnificent beach. It takes just a small part of the northern part of the vast Alepu. South of it the Black sea coast is even more beautiful. The mouth of the romantic Ropotamo River is remarkable for the unique combination of river, sea and the Strandja Mountain. The venerable Strandja forests are very close to the water as is the case in Arkutino. Thus the coastline is exquisite and it gives an opportunity for the tourists to hide below their cool shadow during the hot summer days. The sight in this part of Bulgaria is magnificent all year round. Alepu, Arkutino and Ropotamo are very suitable for walks amid a beautiful virgin nature.

South of this wonderful sites is Stomoplo. The coastline of Stomoplo is more famous as the northern beach of Primorsko resort. This is a 2300 meters long beach stripe with wide sand dunes. The sea is just magnificent. Primorsko together with the nearby situated town of Kiten are famous beach resorts. Between the two towns can be seen a long beach line, which is being used by the International Student Camp. Tourists can also enjoy the beautiful sunken mouth of Diavolska River.

South of the small peninsula where is Kiten, can be seen the magnificent Atliman bay. Further on after the Karaagach River which is also flowing into the Black sea tourists will stay breathless from the beauty of the untouched small beaches. These are Karaagach beach, Lozen, Gochov Ergek, Popadiiski beach, the beaches of Tzarevo, Varvarski beach and the beach in Ahtopol. South of them flows the not so famous river Veleka, which is actually the biggest river which starts from Strandja mountain. South of this river to the last one- Rezovska River, which just on the Bulgarian southern border with Turkey, can be found the small beaches of Sinemorets and Rezovo. This whole string of magnificent and picturesque site along the Bulgarian black sea coast proves that it can satisfy even the most sophisticated taste. The sea coast is just fabulous. Most of the beaches are with fine and clean sand, the water is crystal clear, the sun is hot. A lot of locally grown organic fruits and vegetables, caressed by the warm sun can be found along the southern part of the coast.