A group of impressive rock formations Pobitite kamani is situated 17 km from Varna. It is a natural sightseeing since 1937. The ancient town of Devnia, the Valley of Kamchia River and Kamchia resort are also beautiful places close to Varna. 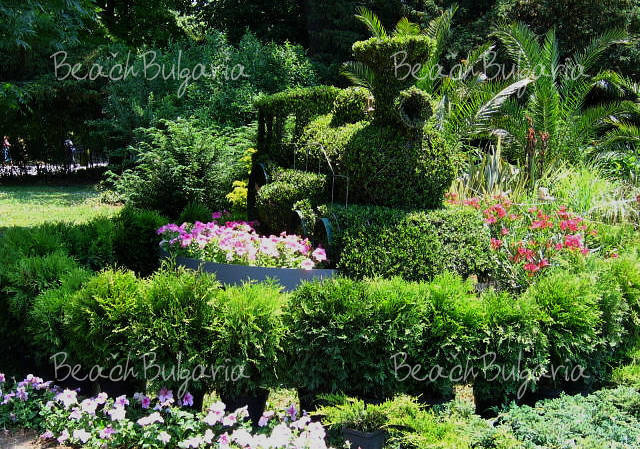 Natural sightseeing - “Pobitite kamani” - 17 kilometers west of Varna (nearby the road to Devnia) is situated a group of the impressive rock formations “Pobitite kamani”, announced as a natural sightseeing in 1937. The seven meters tall rock pillars with a sand- lime cover are situated on a sandy terrain. They are considered to be 50 million year old and there are a lot of theories for their origin. One thing is known for sure- they give you the feeling for eternity, touched by the strange whistling of the wind. Just next to the road is the improvised museum.

Devnia - The town of Devnia is situated 28 kilometers west of Varna in the Devnenska lowland, nearby the river of Devnia and the Devnia springs - the richest Karst springs in Bulgaria. In the past here was situated the ancient town of Marcianopolis, founded by emperor Trayan in I-II century named after his sister Marciana. This ancient town was rich and thriving, strengthened with solid walls was for a certain period capitol of the roman province Moesia Inferior. The town was probably destroyed in VI century. Today the traces of the once solid constructions are still standing. The town host the only one of its kind in Bulgaria Museum of the mosaics, where are exhibited models of roman and early- roman mosaics.

The Valley of Kamchia River - A real fairytale journey is the walk along the Valley of Kamchia River - one of the most beautiful places on the Black sea. The mouth of the river is around 25 kilometers south of Varna along the freeway. Close to the mouth of the river is the resort complex Kamchia with hotels, villas and restaurants. The tourists here are enjoying the marvelous nature, beautiful and comfortable coast line with fine golden sand. A real adventure is the row on the lower course of Kamchia. The river overflows its waters along the picturesque longosa forest.