The Queens Palace in Balchik, the summer reveries of a royalty 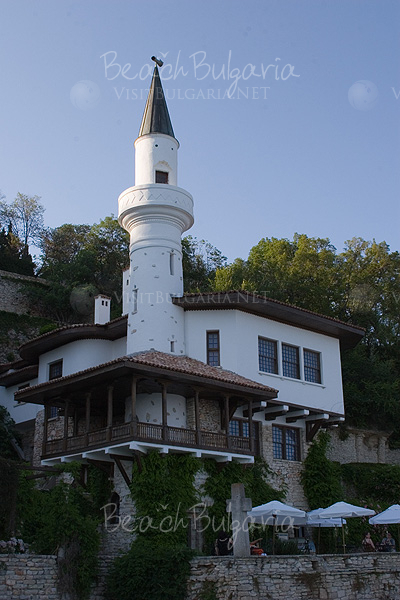 Waterfalls, antique arches, crystal clear lakes and rivers, rare plant species and meandering cool paths are found very enthralling by a progressively increasing number of Bulgarian and foreign tourists alike. All these can be seen at the beautiful palace in the town of Balchik on the northeastern Bulgarian Black Sea coast. In the past this ancient settlement bore the name of the Greek god of wine and revelry Dionysus. After the end of the First World War Balchik was handed over to Romania and it was not until 1940 that Bulgaria reclaimed it after the skillful diplomatic intervention of the then Bulgarian monarch Boris I. While Balchik was under Romanian domination the Romanian Queen Maria fell in love with it and built the palace, which was later converted into a botanical garden. One can see both Christian and Muslim holy buildings hosted by the palace - a church and a mosque. Romanian Queen Maria professed the Bahai religion, according to which perfect harmony was what mattered most. The foundations of the palace were laid in 1924, when southern Dobrudja was still under Romanian jurisdiction. Italian architects were employed for the purpose, and numerous recess spots were designed with the idea to provide royal persons, people of art and VIP guests and celebrities with privacy, comfort and seclusion. Here are more details about the museum from its curator Anna Koleva: The Romanian Queen Maria was the grand-daughter of the English queen Victoria. Her father was a keen hunter and was very reticent by nature. Her mother, who is Russian as a matter of fact, was the convivial type of person and often threw all-night parties and feasts. The palace was the hub of Bohemian life and rich and high-ranked epicureans from all over Europe never missed the parties it hosted. Little by little the palace became the queens best preferred place for relaxation, she often used to write poetry and paint pictures in her leisure time, Anna Koleva says further. The front entrance of the palace, which is in the form of an arch, is a two-storey building, and one finds oneself walking along a shady path, which leads to the so-called bridge of sighs. There are many strange-shaped water cascades, waterfalls and precipices that invariably attract the attention of visitors. The Queens palace has mysteriously landed on the sea coast  it is a building not that grand in scale, but combining elements of Mediterranean culture and the architecture typical of the Bulgarian national revival period of the early and mid-19th century. Rumour has it that the Romanian Queen was desperately in love with a handsome Turkish pasha, while the then Bulgarian prince Kiril was passionately in love with her. The Queens most favourite place in the palace was the smoking room. One can see a small swimming pool, yellow eider down filled pillows and glass windows. Rumours have it that the queen made her guests try opium and while they were strongly intoxicated, and indulged in talking, speaking their minds, she would quietly sit hidden behind the windows, listening to what they had to say to each other. At that time people were very reluctant to tell the truth. The palace owes its pride to its botanical garden, which is really unique, and whose construction the highly reputed Swiss botany expert Jules Jany began in 1926. At that time the garden was named the Garden of Allah. Today, it is found particularly attractive for its rich collection of cacti and exotic plants. The Romanian Queen would often indulge herself in long walks along the meandering paths, tasting the magnificent atmosphere of the palace she had built.