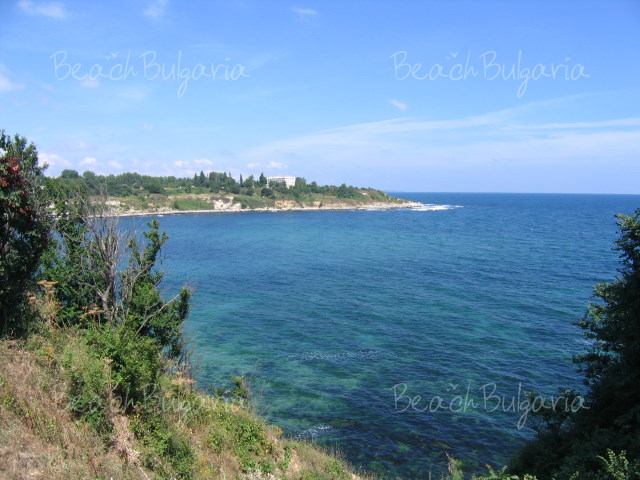 Rocks, Rock & Roll and Golf in Kavarna, Bulgaria For the last couple of years Kavarna Resort turned into one of the most attractive spots for property development at the Bulgarian North seaside. The budget of the municipality has increased from 6 millions BGN in 2004 to 15 million BGN in 2006. About 65 % of the budget is going to be used for implementation of infrastructure projects implementation. Nine million BGN were spent for the improvement of the road from Kavarna to Kaliakra road. They were provided by the PHARE program and the state budget. Another 15 million BGN were invested into sewerage infrastructure development in the coastal area of the city. The final project for the purifying station in Kavarna will be ready by the end of August. The first sod of the Thracian Cliffs golf course in Kavarna was turned in March this year. The golf course is going to be the biggest one along the northern Black Sea coast. It will be constructed by Black Sea Golf Resorts company and will cover 1400 decares of land. The 18- holes golf course and is planned to be completed by the end of 2007. Another golf course near Kavarna will be constructed by Black Sea Rama- Bulgaria Company. The golf courses provoke the investment interest in the region and many projects for luxurious complexes, golf and spa centre and residence apartments are going to be launched. Here is a brief outline of what is going to be constructed in the resort for the next year: Thracian Cliffs The largest golf and spa complex on the Balkan Peninsula will be constructed near Boujurets Village. 120 million Euro will be invested in the project. The main share holder of the complex is Krasimir Gergov. According to Tsonko Tsonev, mayor of Kavarna, this will be the biggest investment, made along the North seaside so far. Gary Player, the famous golf legend is the designer of the Thracian Cliffs golf course. The project is made by WATG- the largest company, projecting golf courses worldwide. The whole complex, which will include a five- star hotel and 90 villas is planned to be spread on 1800 decares of virgin land, revealing natural panoramic views. The project is also planned to be finally completed by 2010. During the four- year construction period 2 000 workers will be hired. According to investors information after the complex is completed, about 500 people will be hired to serve the customers needs. Kaliakra Golf & Sea In the beginning of July Linexa Property announced the start of a project for the construction of vacation complex. Kaliakra Golf and Sea complex will be spread on 17 000 square metres of land and will be situated in very close proximity to the Thracian Cliffs. The project will include 104 apartments, swimming pools, trade areas and sports facilities. The investment is estimated to 18 million Euro, and the first phase of the project will be finished by the end of next summer. Kaliakria Linexa Property Bulgarian- Swedish Company also started the construction of large vacation apartment houses near Boujurets. The investment is estimated to reach 25 million Euro. The complex will be spread on a total are of 41 000 square metres and will offer 350 apartments. At this point 86 apartments have already been sold to British and Scandinavian residents. Green Coast At the end of May the Bulgarian- British Kaliakra Investment Company announced that they will invest 60 million Euro in a unique vacation villa site. The so called Green Coast project plans the construction of 400 apartments on 85 decares of land near Kaliakra cape. The building of the whole village will be done for three years and a half and will offer 1400 apartments in three- floored houses on 280 decares. St. George and Marina Residence The Bulgarian- French Eurosilex company is almost done with the construction of 25 lodgings from the St. George project and 32 apartments from the Marina Residence project. The two vacation residences are located only 250- 300 metres away from Kavarna beach. Most of the lodgings have already been sold off- plan, the company manager, Stanislav Genov stated. The buyers are mainly golf players. Eurosilex Company is going to invest another 25 million Euro in three more projects in Kavarna. It all shows that 2006 is a boom record year for the property owners in Kavarna.